"Box It!" is a short and simple 3D puzzle game, playable using the mouse only.
The basic mechanic allows you to slide objects around on a grid-like stage to allow the ball to reach the goal.
Currently the game contains 12 levels with increasing difficulty and with various mechanics.

I developed this game over the last two months in my spare time. I intented to have a rather small scope for the game with simple mechanics that could be used in various ways, so I could spent as much time creating  interesting levels and polishing the game.
In the end I think this game turned out great as the puzzling is quite fun.
I also enjoyed creating my first 3D game with Unity as I could spent time learning modeling objects and painting textures.

I hope you have fun playing the game if you have any feedback, I would highly appreciate it, have fun puzzling!

Please do not distribute this game without my permission.

Special thanks to Sandro Erhardt for playtesting and providing great ideas as always!
Sound effects and music obtained from zapsplat.com

Are you using an up-to-date browser version?

Nicely conceived and executed; I haven't finished it yet (EDIT: stuck on the first sproing level, may come back later) but the puzzles feel just the right level of crunchy. A few suggestions:

I like the understated sound a lot - feels very tasteful and atmospheric.

My tester also complained about that depth is hard to read in the complex levels, maybe I can solve this with a shader giving each level a different hue or value.

Adding a highlight to the selected object and maybe adding a gizmo showing the direction the object is going to move would also be a great addition.

Thank you for your feedback and ideas, also fullscreen is now supported :)

Hiii, I've made a video about the game and wanted to share some feedback about it, hopefully it is useful to you ^^

-The idea of the game is great.

-The puzzle mechanics are easy to get into and the puzzle design is really good.

-The visual style of the game makes it feel cohesive and enjoyable.

-I don't know why but the "master" on the audio was REALLY low by defaut and it took me some time to find out about it as I initially thought the game had no sound at all.

Hopefully this is useful to you :D, also if you could subscribe that would help me a lot :)

Thank you for making a video about my game!
It's definitely interesting to watch other people solving the puzzles I created as all people approach each level differently.

You are welcome :D

This seems really cool so far, and has some pretty interesting puzzles! As someone who plays a lot of puzzle games, I do have a few suggestions, whether for this or future puzzles games:

- Add an undo stack and try to make it as snappy as possible (ie holding down Z should rewind your moves at increasing speed). Complex levels are much more fun when a dead-end solution or a misclick doesn't force you to start from scratch, especially when the mechanics produce a lot of fail-states. (Including level restarts in the undo stack is also a good idea).

- Add a level select. The later levels are complicated enough that I don't know that people will tackle this all in one sitting. The other advantage of a level select — or overworld if you're feeling really ambitious — is that you can introduce some degree of non-linear progress. So if a player gets stuck on one level, it doesn't result in them bouncing off the game entirely.

- I'd consider allowing the player to rotate the view by clicking and dragging on non-interactable surfaces.  This is largely because I'm playing on a Mac where a right click is a two fingered click, which is can accidentally turn into a scroll/zoom — more importantly though, there's no reason you couldn't port this to mobile if you got rid of the right click limitation.

- I like the minimalist look, but the black blocks start to feel a bit oppressive on the larger levels.

Thank you so much for your feedback.
You got some really good ideas I would like to implement next.

Specially the undo stack would be something really helpful as dead-ends are frustrating but somewhat required when constructing difficult levels as this leads to a more complex solution.

A level select is also a good idea because I observed people need a lot more time to solve the puzzles as I intended to (around 30 min playtime).
Making the level selection non-linear would solve this issue. Maybe this is the reason many "casual" mobile puzzle games have a grid-like level selection with free choise.

Again, thank you for playing my game :)

Reply
are you mean192 days ago

What browser and version are you using? 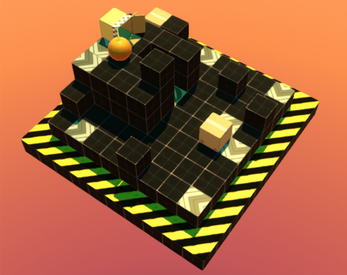 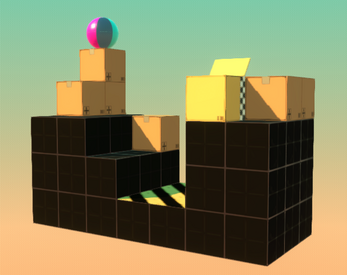 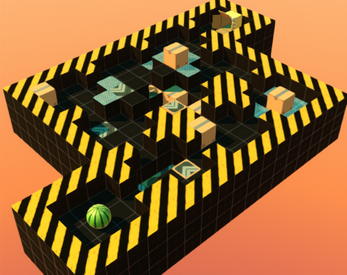 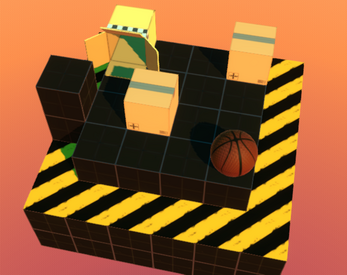